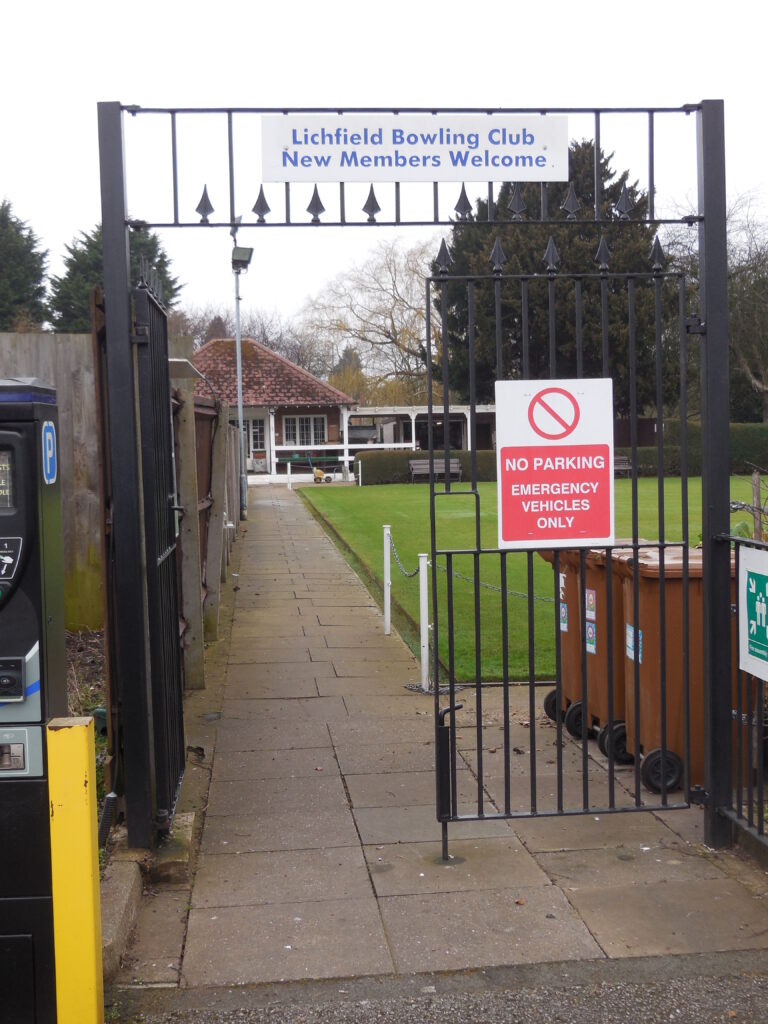 A BRIEF HISTORY OF THE CLUB

Lichfield Bowling Club was founded in the 1840’s (the first recorded AGM was 1841), the actual green dates back much further. According to Percy Laithwaite’s “History of the Conduit Lands Trust”, in 1694 a grant was given by the Trust in order to mend two stiles on the way to the Bowling Green. It is probable that there was a bowling green on this site in 1520, as records show that in 1523 a Vicar was fined for failing to attend choir practice because he was playing bowls. It is also believed that bowls was played on the green by the local Franciscan Friars.

Social bowling, friendly matches and “spoons” would have been played during the early years of the Club’s existence. At that time both woods and jacks were three bias and woods over six feet away from the jack did not count. The ladies’ section (formed 1937) and the gentlemen’s section were quite separate having their own officers and the time when ladies could play was restricted. Ladies were not allowed on the green after 6pm. Crown green bowls is now the only game played at the Club. This distinct form of the game originated in Lancashire during the nineteenth century, but it wasn’t until 1908 that the British Crown Green Bowling Association was founded.

In 1976 Lichfield Bowling Club joined the Lichfield and District (Crown Green) Bowls League.
Consequently, in League matches, the Club must adopt the use of standard Crown Green Jacks (2 full bias) along with all the other rules of bowls as laid down by BCGBA.

Today Club Members play in a number of different Leagues having mixed teams with ladies and gentlemen enjoying equal status both on and off the green. At the same time, the Club has tried to maintain some of its old traditions with Members still enjoying social bowls, friendly matches, and in-house competitions.

The Club is a non-profit-making organisation. 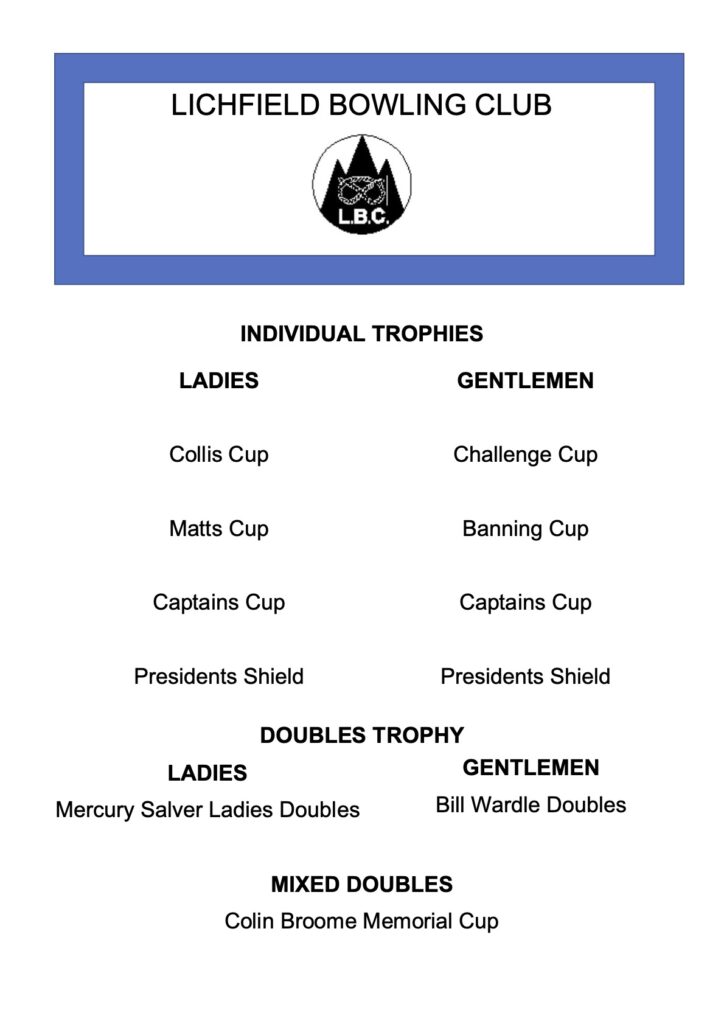